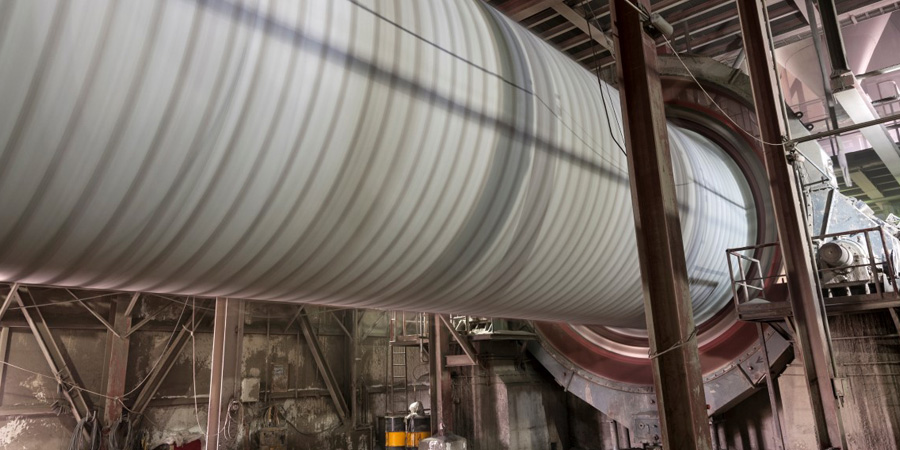 Cement additives are chemicals that are used to improve cement grindability and/or performance. This is accomplished by addressing several challenges in the production of cement.

For example, as cement grinding progresses and grains become smaller, the attractive thermodynamic, physical, mechanical and chemical forces result in strong adhesion of particles. This causes agglomeration (or clumping) of cement particles. This limits the increase in specific surface area, and can result in coating of the mill internals, which causes a reduction in the rate of breakage.

Grinding additives contain surfactant chemicals, which absorb on the surface of the cement grains, neutralise the surface charges and shield against the inter-particle attractive forces. Reducing the effects of inter-particle attraction forces of cement grains helps to keep particles from clumping together. This reduces void filling and improves the dispersion of the feed to the separator, both of which lead to enhanced grinding efficiency.

There is an optimum powder filling level in the mill, relative to the media volume to ensure maximum grinding efficiency. This occurs when material fills approximately 85% of the media voids. However, mill operation at high circulating loads often results in a void filling somewhat above this amount.

Since additives reduce agglomeration, and consequent dry powder cohesion, flowability is improved and thus the mill filling level and retention time are lower when additives are present. As a result, the reduction in void filling is closer to the optimum level and this increases grinding efficiency. However, it's important to ensure that the decrease in void filling is not too excessive.

Separators operate by exerting a force balance on individual particles. Finer particles have higher surface-to-mass ratio and are collected as "fine product" by the separating airflow, while coarser particles have a higher mass-to-surface ratio and are collected as "coarse returns," due to gravity as well as the centrifugal forces of the separator mechanism.

The use of grinding aids increase separator efficiency. The lower bypass and lower coarse grade efficiency of the fine particles means less fines are returned to the mill. This reduces the negative influence on the overall fineness balance around the mill, improving overall grinding efficiency.

Non-ball mill systems such as vertical mills also benefit from dry dispersion of cement additives. Grinding additives assist with de-aeration in front of the grinding roll, which allows for smoother operation (less vibration) as well as better dispersion at the nozzle ring and in the separator, resulting in less fines in the grinding bed on the table.

Similarly, in a roll press, there is improved flow of feed material into the press due to better de-aeration of the feed, resulting in better draw-in between the rolls from the feed bin and less vibration. This brings about greater stability and higher feed rate.